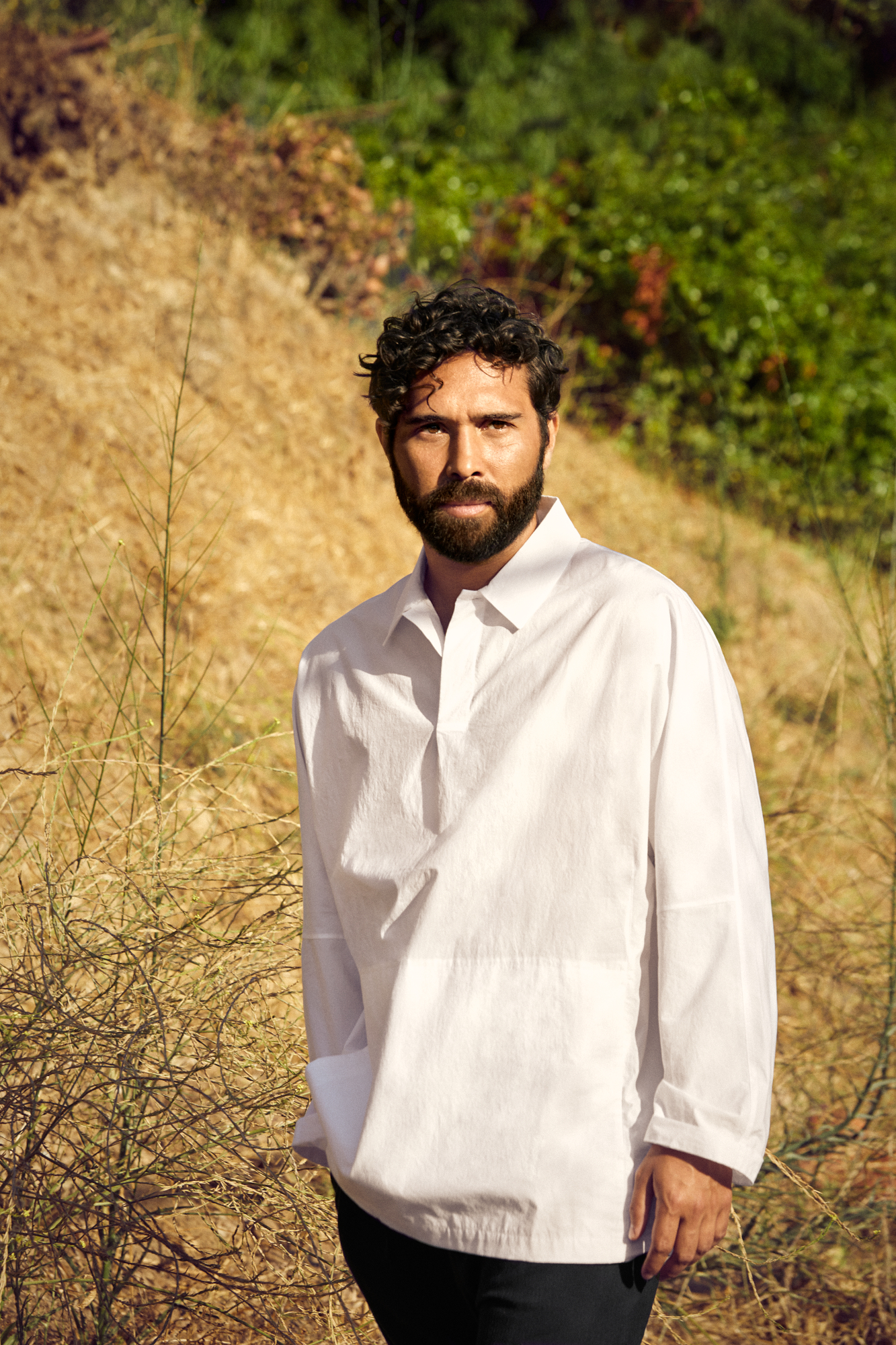 Following the release of his stunning sophomore album ‘Friendly Fire’, award-winning singer-songwriter Ben Abraham has announced a UK headline tour this autumn, including dates in Glasgow, Manchester, Bristol, Brighton and a date at London’s Lafayette on 7 September.

Ben also announces the release of the new music video for his track ‘If I Didn’t Love You’ starring Charlie Day (It’s Always Sunny) and his wife Mary Elizabeth (Licorice Pizza), and directed by Jillian Bell (Brittany Runs A Marathon / Godothered), out on 13 July. To celebrate its release, he is asking fans to submit local artists that they think deserve recognition. He will pick some lucky artists who will receive a Venmo from him to help them continue to chase their dreams and to remind people music has value. He will also pick from these artists to have a local musician open for him on his US tour.

A deeply personal body of work, the album marks Abraham’s first for Atlantic and spotlights the cinematic yet emotionally raw sensibilities previously showcased on his debut album Sirens and while penning songs for artists like The Chicks, Demi Lovato, Wrabel, and Kesha’s double-platinum, Grammy Award-winning smash ‘Praying’.

Friendly Fire cornerstone moment is the introspective single ‘Another Falling Star’ – long-anticipated by fans having first heard it performed during one of Abraham’s many live shows. A delicate piece of storytelling that slowly unfolds as a glorious epic, the track is joined by an official music video starring the artist (watch here).

“I wrote ‘Another Falling Star’ with Cara Salimando; we had a free afternoon and decided to sit at the piano and write for no real purpose,” Abraham recalls, referring to the singer/songwriter who’s worked with Dua Lipa and MØ. “It came from talking about all the people we know—ourselves included—who moved to Los Angeles to chase their dreams, and how hard that can end up being.”

Other tracks released off the album thus far have already amassed millions of global streams – including ‘War In Your Arms’, ‘Like A Circle’, and most recently ‘If I Didn’t Love You’.

A selection of songs that speak to the undeniable possibility for rebirth after loss and pain, Friendly Fire details the tumultuous period of Abraham’s life following the release of Sirens – including a serious breakup and ensuing crisis of faith. In a recent interview with Huffington Post, he shared more about this time and his experience navigating new questions surrounding his sexuality and spirituality:

“It felt like a bomb went off, in a sense, and everything I knew about my life crumbled. After that, it was this process of clumsily rediscovering what I believe about God. What do I know of God, of myself, of the world? The album was written during that journey, during that process of chaos. It was weirdly empowering in the making of the record to realize I’m not in control of so many aspects of my life, but what I can do is just explore what I’m going through, through songs and through my songwriting.”

Of the recording process, Abraham shares: “From the start I knew I wanted to make this album the same way that classic records were made—with just one production team, in only one space. It might sound like an obvious thing, but it’s really not how most people make albums these days.”

The child of musicians who performed together in an Indonesian pop group, Abraham self-released his debut album Sirens in 2014 and soon earned widespread critical praise, leading to the album’s 2016 reissue. Featuring appearances by Sara Bareilles and Gotye, Sirens was promptly hailed by the New York Times as “a debut of remarkable depth,” catalyzing his career as an in-demand co-writer. With his earlier live experience including touring with country legend Emmylou Harris, Abraham more recently supported Ben Platt on his 2019 headline tour – a North American run that followed Abraham co-writing several songs on Platt’s debut solo album, Sing to Me Instead.

Ben will be on tour in the UK this September.