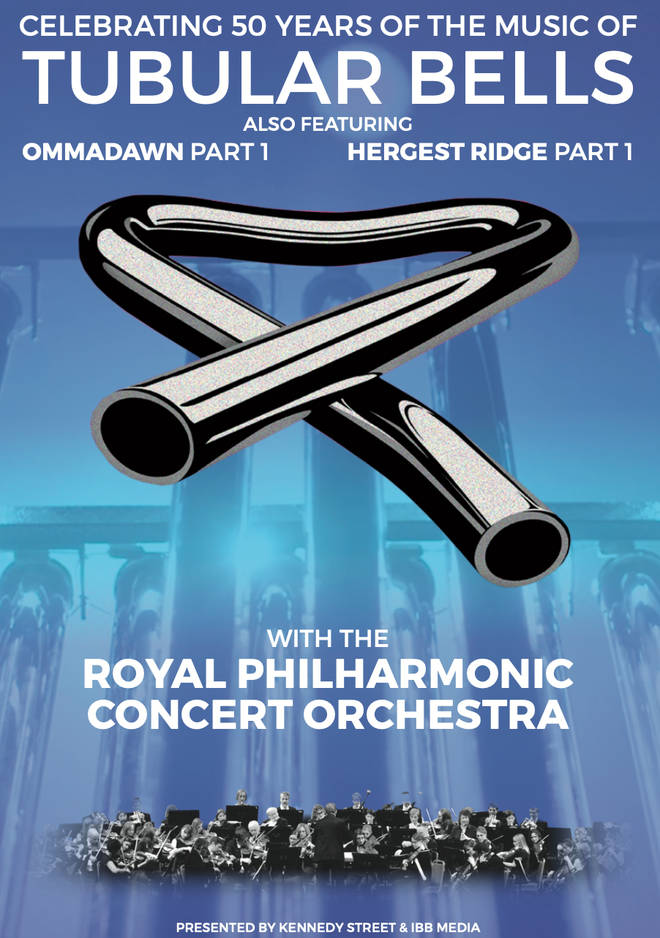 Tubular Bells – one of the most ground-breaking albums of all time – will be presented live with the Royal Philharmonic Concert Orchestra this Autumn. The iconic album will be played in full, as well as Ommadawn Part 1 and Hergest Ridge Part 1.

Actor Brian Blessed OBE will act as compere for the concerts, as well as performing the iconic parts of the Master of Ceremonies and The Caveman.

The trio of shows come ahead of the 50th anniversary of Tubular Bells, with a companion album also set for release later this year.

Conducted and arranged by Simon Dobson, Tubular Bells will be presented in its original glory performed totally live without the use of any stems, with the session band joined by the Royal Philharmonic Concert Orchestra; presenting the music in a brand new but faithful way.

The musicians will perform to a stunning visual backdrop that use the latest projection mapping technology.

Simon Dobson comments, “The show will be a glorious technicolour tribute to Tubular Bells, one of the most iconic and seminal albums of all time. We aim to build on the legacy of this incredible music and bring a modern reworking to life with huge musical forces, projection mapping and special guests”.

Producer Martin Gernon comments, “Tubular Bells is one of the most iconic pieces of 20th century British Music. To celebrate the 50th anniversary of its launch with this spectacular new show and new recording with the Royal Philharmonic and some of the best session musicians in the UK, is an absolute privilege and honour, but also a huge responsibility. The audience will experience not only incredible music, but accompanying visuals and lighting that will create a feast for the senses. If that was not all, we are delighted that Brian Blessed OBE will be performing the Master of Ceremonies and The Caveman role on both album and live shows, in his own inimitable way. It’s not to be missed.”

Brian Blessed concludes, “I must say it is a great honour to be part of such an iconic work of art. I first became aware of the legendary album in 1973 when I was appearing in “I Claudius” as the Emperor Augustus Caesar for the BBC TV. I must confess I was mesmerised at the time by Mike Oldfield’s creation. I am thrilled to bits to be given the opportunity to work with Simon and the orchestra to bring this wonderful music to life”.