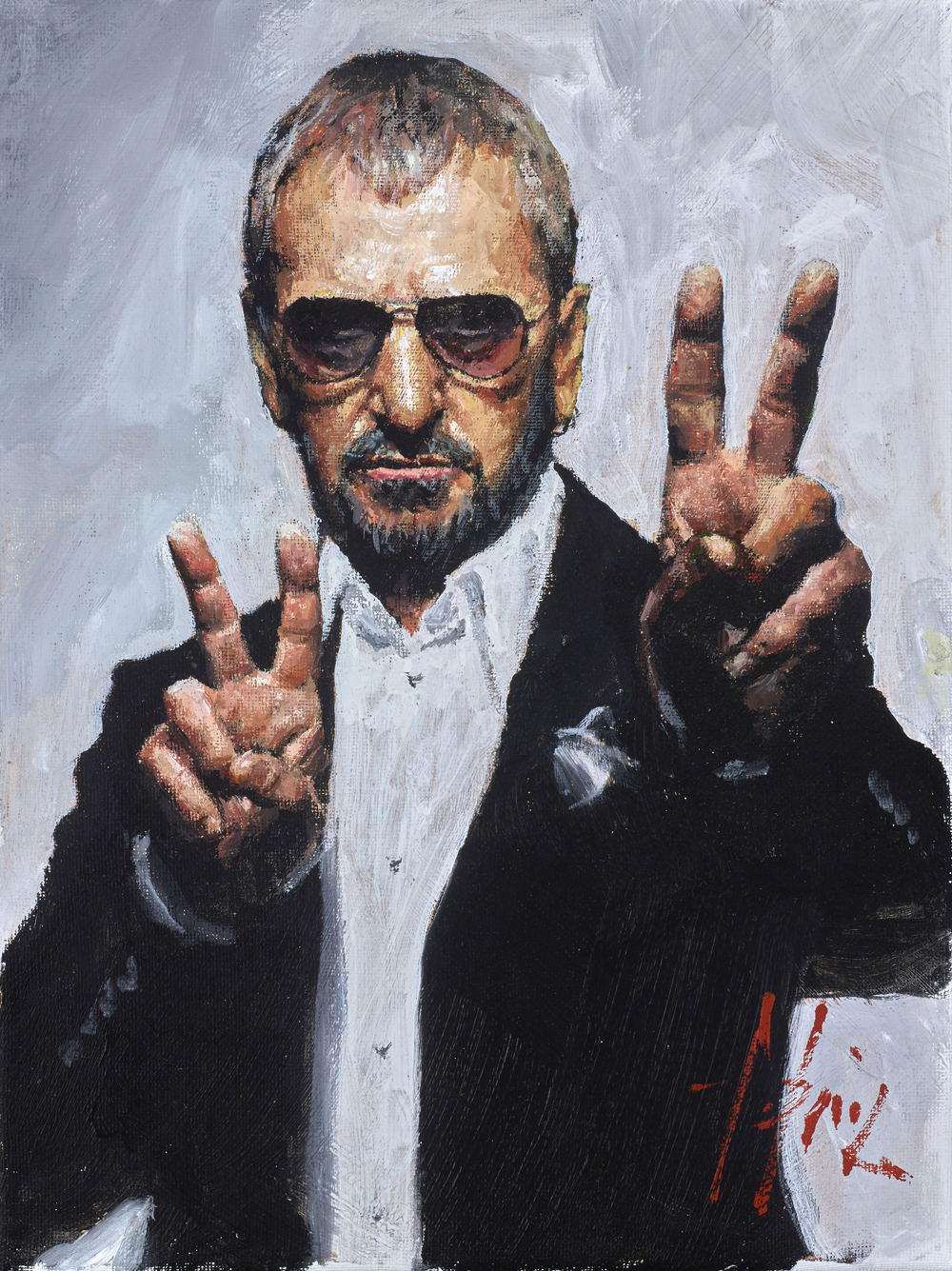 Clarendon Fine Art and Whitewall Galleries – the country’s leading gallery group – is welcoming outstanding figurative artist and modern master Fabian Perez, to the UK as he launches the search for a new muse for his first ever UK Living Legend series from 14th November 2019 – the start of his UK tour.

It inspired Fabian to create a UK Living Legend series and this November, as part of his winter tour, he is asking members of the public to vote for their favourite British figure to be his first portrait from a top 10 list as selected by the gallery group’s 400 + team. People can vote in their local Clarendon Fine Art or Whitewall gallery during the tour and find out more at www.fabianperez.co.uk . They can also nominate their own favourite personality under ‘other’ for Fabian to consider as a future muse. Everyone that votes for the final choice will be entered into a prize draw to win a signed copy of Fabian’s new book ‘Neo-Emotionalism – The New Era’ which features his latest work including his new Living Legends.
The top 10 UK Living Legends to vote on are:

Now based in LA, but originally from Argentina, Fabian’s work is owned by private collectors and many public figures including Lionel Messi, Rihanna, Pope Francis, Argentina’s President Macri. He has won countless prestigious awards for his work and was one of the official artists to the London 2012 Summer Olympic Games.

Fabian is enjoying unparalleled international status at present. His Living Legends portrait series has kept him in the headlines, and his latest mesmerising paintings of life in the barrios of Buenos Aires have received a rapturous reception. As well as launching his UK Living Legend series, Fabian will also showcase his new collection of work: ‘Buscando Amor’ – Searching for Love.

It tells a story in classic Fabian style, with each image showing just one individual, perfectly captured in a moment of solitude. As with all of Fabian’s work, it is up to the viewer to decide what came before the moment, and perhaps more importantly, what will come afterwards. Fabian’s work often represents experiences and memories from his youth, portraying an interesting cast of characters ranging from seductive and beautiful women, to the enigmatic man in the dark suit based on his own father, who ran nightclubs, tango clubs and bordellos.

Says Clarendon and Whitewall CEO Helen Swaby: “Fabian’s portrait of Countess Spencer is breathtaking and we are delighted to help support his ambition of a unique UK Living Legend series, which not only showcases his fabulous new portraits, but also allows people to vote at our galleries across the UK.”

His winter tour of Clarendon Fine Art and Whitewall Galleries begins on November 14, starting in Richmond, and finishing in Leicester on November 23.

We recently interviewed Fabian and this is what he said about is tour:

Why have you chosen to host your tour locally?

I’ve been working closely with my friends at Clarendon Fine Art and Whitewall Gallery in the UK for many years. The team has built up many strong relationships with a large number of my collectors in the area, and I am excited about meeting as many of them as possible and sharing my new collection with them.

I noticed that your current list of UK portraits has some incredible people on it, but perhaps there are other celebrities we’d love to see you paint.

You’re right, I have been privileged to paint some amazing British stars, including the Rolling Stones, Sir Paul McCartney and Ringo Starr, even the Beckhams!   I am planning to build the series up over the next few years, and will bring each new set of portraits with me when I tour the UK as I try to do every year. I am working with my friends at Clarendon and their sister gallery Whitewall to create a list of names which fit the description of ‘living legend’ and for the first series, we discussed over 100 names. I would encourage your readers to come along and let me know who they would like to see in the next series – it is always fascinating to find out who are the heroes and heroines.

Will people be able to purchase any artwork that’s featured in the tour?

Yes – all the work I am showing will be available to buy from Whitewall. I will be introducing a new exhibition of original paintings which I believe have taken my Neo-Emotional style forwards in some interesting ways. I will also have my new collection of Limited Editions – ‘Buscando Amor’ (‘Searching for Love’)- as well as some  special editions from my wider portfolio.  Earlier this year I launched my new book, ‘Neo-Emotionalism – The New Era’, at the Althorp Estate, and the gallery will have copies for me to sign.

Who has been your favourite person to paint and why?

That is such a difficult question to answer. I only paint people that I admire, from His Holiness the Pope to Premiership footballers rock stars, actors, politicians and more. I have noticed over the years that my subjects often have particular personality traits which affect their expressions and body language – for instance, Arnold Schwarzenegger was rather statesmanlike, whereas Al Pacino was quite a playful character, and these things can affect how much you enjoy painting their portrait.  In terms of the UK, it was my honour earlier this year to paint the Countess Spencer, and presenting her portrait to Earl Spencer at his home in Althorp was a highlight of my time here in the UK.

Why should residents come to this tour?

Although my work is mainly set in the barrios of Buenos Aires, I believe its themes – love, passion, loneliness, camaraderie, the search for a meaningful life – are relevant to everyone, regardless of where or how they live. I sincerely hope they will come to see an exhibition that has something very real to say to them.  Also, speaking personally, I love to meet as many people as possible at exhibition openings. For me it is so interesting to hear how people respond to my art and how it makes them feel, as the creation of each piece is such an emotional journey for me.  My work is always based around storytelling, but I always try to leave it up to the viewer to decide what came before the moments I capture, and perhaps more importantly, what will come afterwards. This means that I am asking the viewer to find their own story and make the artwork personal to them. You can probably imagine how fascinating it is for me to have conversations about this with people, as we all see things very differently from one another and sometimes I am surprised by what others see or the emotions a painting makes them feel.