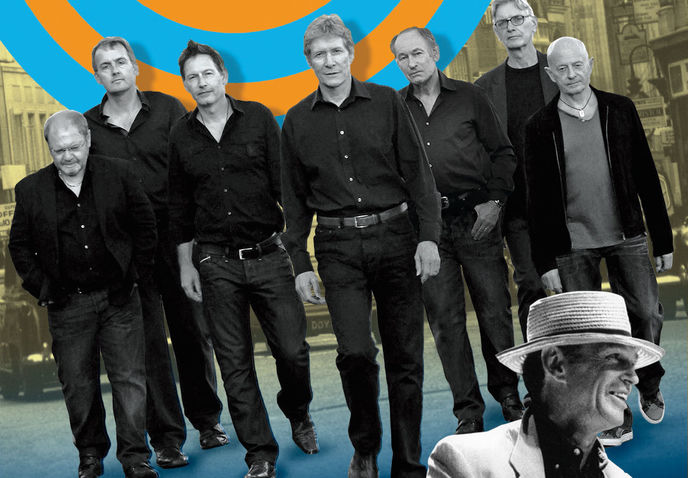 Legendary pioneers of British Rhythm and Blues, The Manfreds, will be touring once again this autumn, featuring special guest Georgie Fame. The dates are rescheduled from 2020 – all original tickets remain valid.

The tour will bring Rhythm and Blues nostalgia, along with their greatest hits, all across the country. The tour begins in Sheffield, with stops in Liverpool, London, Birmingham, and many more before the final show in Glasgow.

Manfred Mann formed in London in 1962, quickly finding success with their breakout single 5-4-3-2-1, recorded for ground-breaking TV pop show Ready Steady Go! Following this, Manfred Mann went on to score 3 number one hits in the UK, as well as 13 more in the Top 10, with their first number one Do Wah Diddy Diddy landing them in the vanguard of the British pop invasion of America alongside The Beatles and The Animals.

Following several more hits including Pretty Flamingo, a song which was often played by Bruce Springsteen during the early years of his career, and Bob Dylan’s Mighty Quinn, by the end of the 60’s, the band members had decided to pursue their own separate musical directions, resulting in the disbanding of Manfred Mann.

Fast forward 20 years later to 1991, several original members of the band reformed as The Manfreds, in celebration of Tom McGuinness’ 50th birthday and surrounding a compilation of Manfred Mann’s classic hits.

The all-star line-up features the original Manfred Mann singer Paul Jones alongside founding members Mike Hugg and Tom McGuinness. Also joining is Paul Jones’ 1966 replacement Mike d’Abo, responsible for penning the classic tracks Build Me Up Buttercup, and Handbags & Gladrags, most famously covered by Rod Stewart, Chris Farlowe and Stereophonics and used as the theme tune to the UK TV series The Office; as well as Simon Currie and Marcus Cliffe, who have previously worked with the likes of Mark Knopfler, Eric Clapton, and Rod Stewart, and drummer Rob Townsend, formerly of rock band Family.

The group will be performing some of their most loved songs, with their timeless hits Do Wah Diddy…, Pretty Flamingo, Sha La La, and, of course, 5-4-3-2-1 to be played alongside the individual hits that brought the artists solo success. This includes Mike d’Abo’s  solo-penned hits and Paul Jones’ I’ve Been A Bad Bad Boy, as well as the McGuinness Flint classic When I’m Dead and Gone.

Paul Jones says, “Not only is it exciting to think that the Manfreds might actually be able to play together on tour again at last; that the great Georgie Fame will be back with us as well; that our friends and fans, starved of live music from us for so long, will refresh their memories with the real thing once more; but also that these loved, cherished and much-missed venues – and the people who work in and look after them – will once again host us and make us welcome!”

Mike D’Abo also commented, “I’m looking forward to being part of the Manfred’s Maximum R&B Tour featuring our special guest and old friend Georgie Fame. To think that, between us, we topped the charts on no less than six occasions in the 60s – with both The Manfreds & Georgie Fame each notching up three No.1 hits – that’s an achievement I’m ‘Mighty’ proud of!”

Joining The Manfreds is the iconic Georgie Fame. First shooting into the charts as the founding member of Georgie Fame & the Blue Flames, he went on to achieve 3 UK Number One singles Yeh Yeh, Get Away and The Ballad of Bonnie and Clyde. ​﻿

With his much-loved blend of Jazz and Rhythm & Blues, Georgie Fame has consistently worked in the highest musical circles and has become an icon of the British music scene, having collaborated with the likes of Van Morrison and Bill Wyman.