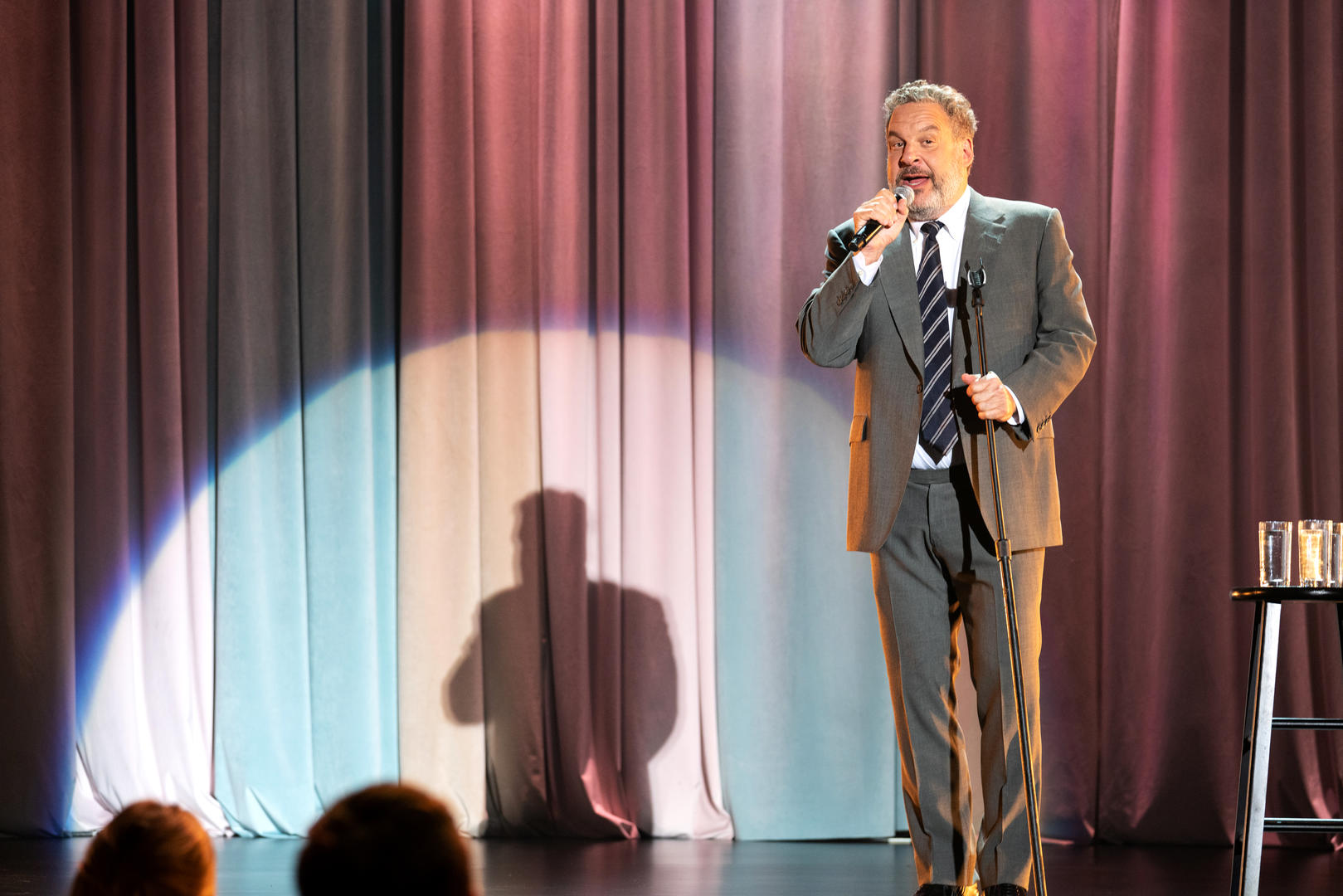 Star of Curb Your Enthusiasm and The Goldbergs, Jeff Garlin, has announced his first UK stand up tour since 2017. His ‘No Device Connected’ tour starts on Mon 6th June at Brighton’s Theatre Royal and culminates on Sat 25th at London’s O2 Shepherds Bush Empire.​

Jeff’s last stand-up special, ‘Our Man In Chicago’, was filmed in his hometown for Netflix. His numerous voice-over credits include ‘Toy Story 3 & 4’ as Buttercup, ‘WALL-E’, ‘Cars 2’ and ‘Paranorman’. His acclaimed films include ‘I Want Someone To Eat Cheese With’ (co-starring Sarah Silverman) adapted from his solo stage show ‘Dealin’ With Idiots’, & ‘Handsome’ a murder mystery for Netflix.

Garlin has numerous TV credits that include ‘Curb Your Enthusiasm’ (which he also executive produces), ‘The Goldbergs’, ‘Arrested Development’, ‘Everybody Loves Raymond’ and ‘Entourage’. Other film appearances include ‘RoboCop 3’, ‘Austin Powers: The Spy Who Shagged Me’, Steven Soderbergh‘s ‘Full Frontal’, with Eddie Murphy in ‘Daddy Day Care’, ‘The Bounty Hunter’ with Jennifer Aniston and Gerard Butler and most recently in 2019 ‘Star Wars: The Rise of Skywalker’.

Early on in his career he performed with the comedy troupe Second City, and he worked in the box office with Stephen Colbert. During this period he was roommates with Conan O’Brien who was then a comedy writer. Garlin has helped develop specials for Jon Steward, Denis Leary and Larry David.​

Garlin performs comedy frequently around Los Angeles, including regular shows at the Hollywood Improv, gigs at Largo at the Coronet, and across the US.

The tour dates are as follows: