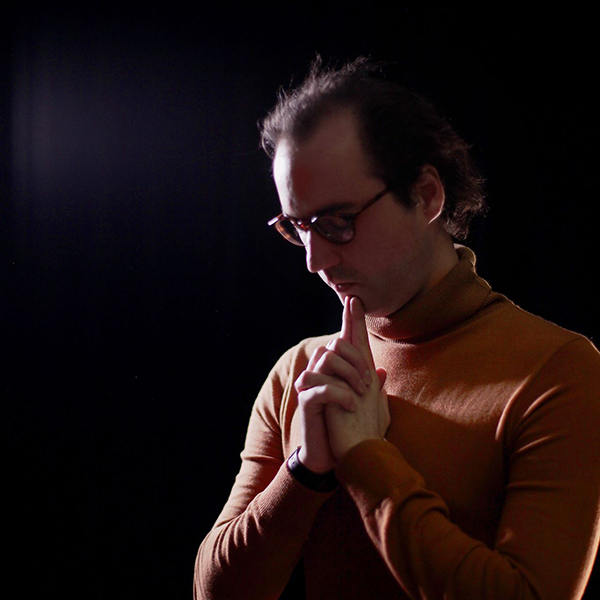 Following an in-person run at this year’s Edinburgh Festival Fringe, writer and performer Daniel Nicholas’ Eugene embarks on a limited UK tour this Autumn. In the not too distant future, millionaire, inventor and narcissistic tech giant ‘Hugh’ from Hubris industries is launching the first superhuman A.I. computer at a press conference.  A comedy sci-fi show where Eugene speaks to the audience via an on stage screen and via their smart phones, posing the ultimate question of what happens when we give technology power to solve our global problems.  Using integrated captioning via The Difference Engine, every performance is deaf-friendly, and allows the audience to choose one of two different versions of narrative.

Eugene was selected by the Pleasance and York Theatre Royal for the National Partnerships Scheme for Yorkshire and awarded a place in the Pleasance Programme 2021. The scheme identifies and supports exceptional artists and companies to recognise the extraordinary work being created outside London.

Dan Nicholas said, “It’s wonderful taking Eugene on tour after a successful run at the fringe, with recent news topics including the billionaires’ space race, it seems like a timely thing to start taking a look at these figures and satirising them. Making the show deaf-friendly has been a lesson in accessibility and I’m looking forward to sharing the show with audiences nationally”.

Daniel was shortlisted for the BBC New Comedy Award in 2013, won best Improv show with Conversation Garden and received multiple award nominations at Dave’s Leicester Comedy Festival 2015-18. He has performed successful stand up game shows in Edinburgh for the last three years along with launching stunts such as the Bandai Edinburgh Fringe Tamagotchi Challenge 2019.