A Celebration of London’s Inspirational Women

As young people today, we are surrounded by role models who have gone before us to make headway in their spheres, whether that be business, politics, social justice, or the arts. Now more than ever, women are being celebrated and encouraged, with more coverage on television and our newsfeeds placing strong female role models firmly into the awareness of young girls.

The Cambridge Dictionary definition of ‘to inspire’ is ‘to make someone feel they want to do something and can do it’. This is exactly what the following inspirational women from London do; they use their voices and influence to help raise up other strong, inspirational women. 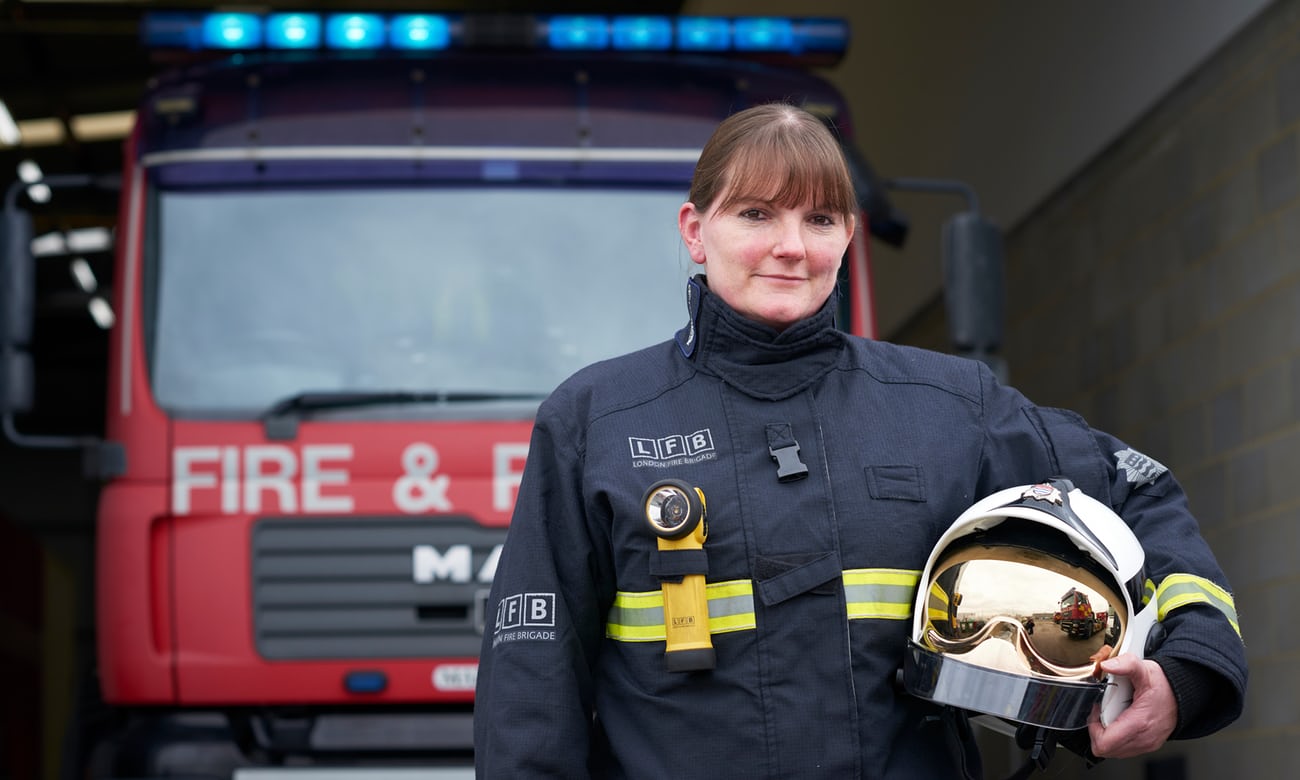 Dany Cotton engages in inspiring young women to follow their own paths and overcome the perceptions of male/female jobs. Having become the first female London Fire Brigade Commissioner in 2017, Cotton is working to tackle masculine stereotypes surrounding the job and working environment, including discouraging the often-used but outdated title ‘fireman’. Not yet a year into the job, Cotton has been at the helm for some of the most horrific disasters this country has seen, including the Grenfell Tower fire in June.

Cotton herself was brought up with strong matriarchal Grandmothers who inspired her attitude that there were no limits to a woman’s ability. Therefore, at the age of 18 Cotton joined the fire brigade and when she left the training college in 1988 became the 30th woman to join a 6000-strong force. Cotton has spoken before about how in the early days women firefighters were surrounded by a very trying work environment; women had to wear cut-down versions of men’s uniforms, stay in mixed dormitories during night shifts and even share changing rooms with their male colleagues.

With only 7% of the London Fire Brigade today being made up of women, Cotton has set out to recruit more women by challenging the masculine image of the fire brigade. One way she is doing this is by launching the #FirefightingSexism campaign encouraging social media users to support the movement to breakdown the stereotype surrounding firefighting. Cotton said in an interview that the service need to change the perception of firefighters as a “six foot hairy-arsed bloke who can kick a door down”. She believes it is important to highlight the diverse role of firefighters; a large part of the service’s work is working with people with mental health issues, as well as engaging in educating the community about fire safety, ensuring fire regulations are met, and working in London with the local authority to support emergency planning and response.

Dany Cotton’s story of making it to the top as a woman is an inspiration to other women to break boundaries and challenge stereotypes in the working world.

Cherie Blair is dedicated to social justice and equipping other women to fulfil their potential.

Blair’s list of achievements in the law and justice sphere goes on and on, commencing with Blair graduating from the London School of Economics (LSE) in 1975 with a First Class Degree in law. Blair has fought on different levels of the law to protect human rights, as well as campaigning and speaking around the world in support of equality, human rights, and women’s rights. One of the topics she has campaigned on is the need for an improved work/life balance for both women and men.

In a powerful video for Newsnight at the start of this year, Blair argues that the belief that women aren’t as capable or as qualified as mean is “outdated and dangerous” and can stunt the dreams and aspirations of women around the world. The main theme of the video is confronting the argument that the gender gap should be closed in order to boost the global economy. In her words, instead of fighting on the basis of the financial win of women’s economic equality, we should fight “because it’s the right thing to do”. The moral argument is clear: women make up half of the world’s population and therefore deserve equal access.

Blair works with over twenty charities engaging in support for women and children and in 2013 was awarded a CBE in the New Year’s Honours List for her services to women’s issues and to charity in the UK and overseas. Her own London-based charity, the Cherie Blair Foundation for Women, seeks to empower and raise up women entrepreneurs around the world by developing programmes which “built confidence, capability and capital in women”.. The Foundation’s vision is to see a world where women have equal opportunities and are able to ensure their own economic security.

Blair is an inspiration for all to campaign for justice and to empower other women to determine their own futures. Oh yes, and her husband was Prime Minister from 1997 to 2007… 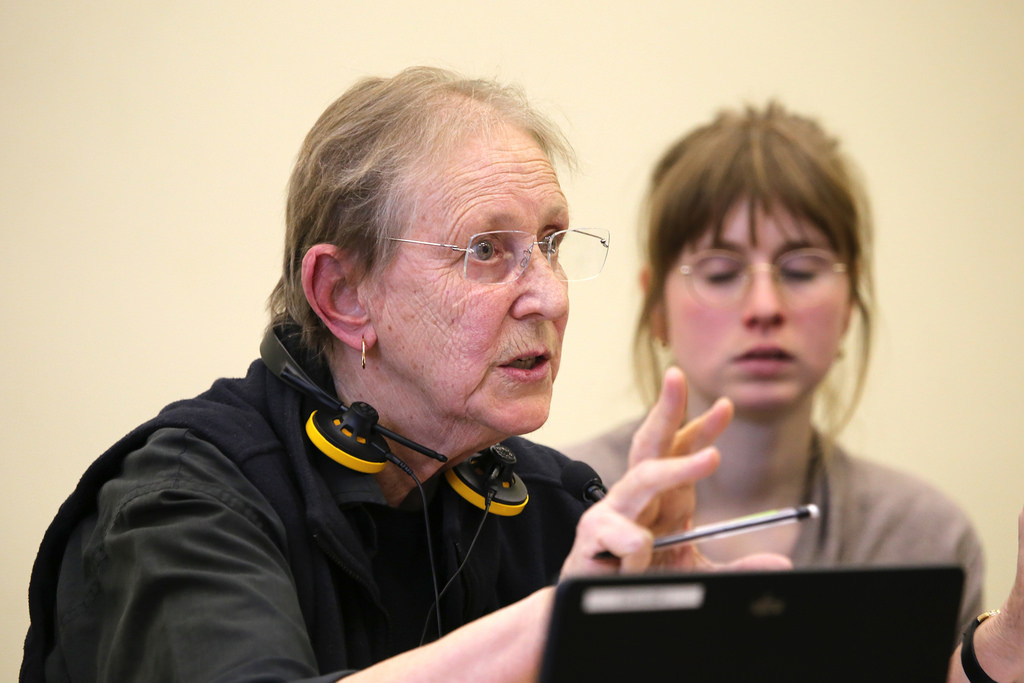 As a feminist researcher and writer, Cynthia Cockburn amplifies women’s voices; Cockburn meets and works with, listens to, and campaigns alongside other women in order to seek a change in the world.

Cockburn is an honorary professor in Sociology at City University London and at the Centre for the Study of Women and Gender, University of Warwick. Cockburn is also a peace activist, writing since 1995 on the topic of gender in war and peace. Cockburn is involved in numerous women’s peace organisations including the antimilitarist group Women in Black, a group opposed to war and violence.

Cockburn’s most recent publication, ‘Looking to London: Stories of War, Escape and Asylum’, looks into the stories of refugee women who are seeking safety within the UK. Cockburn tells the stories of women refugees who have come to London to live amongst the Tamil, Sudanese, Kurdish, Somali and Syrian communities. In an article for Opendemocracy, Cockburn describes that having herself ‘migrated’ to London, she discovered how neighbourhoods have been formed by migration throughout history, creating an ethnically diverse city. Throughout the book, Cockburn investigates the theme of immigration controls and surveillance, and the impact of these pressures on the refugee women and how the British respond to this. Cockburn also investigates what it means to ‘integrate’ into a society and the complexity of ‘belonging’, with a strong emphasis on community, especially in London. By highlighting the experiences of female refugees in London, Cockburn voices and challenges the difficulties that these women face, as well as championing their strength and those around them who assist them.

Cockburn has dedicated her life to research and writing with the aim of understanding and improving the world, for women with her feminist campaigning, and also from her engagement in peace movements. She is an inspiration to younger women to use their voices and resources to intelligently campaign on behalf of those who are not able to.

Each of these women have made their way through their fields and use their position to inspire other young women to follow in their footsteps. By doing so, they have engaged in challenging preconceptions, campaigning on behalf of other women, and most importantly, worked to encourage other women to go out and do the same.