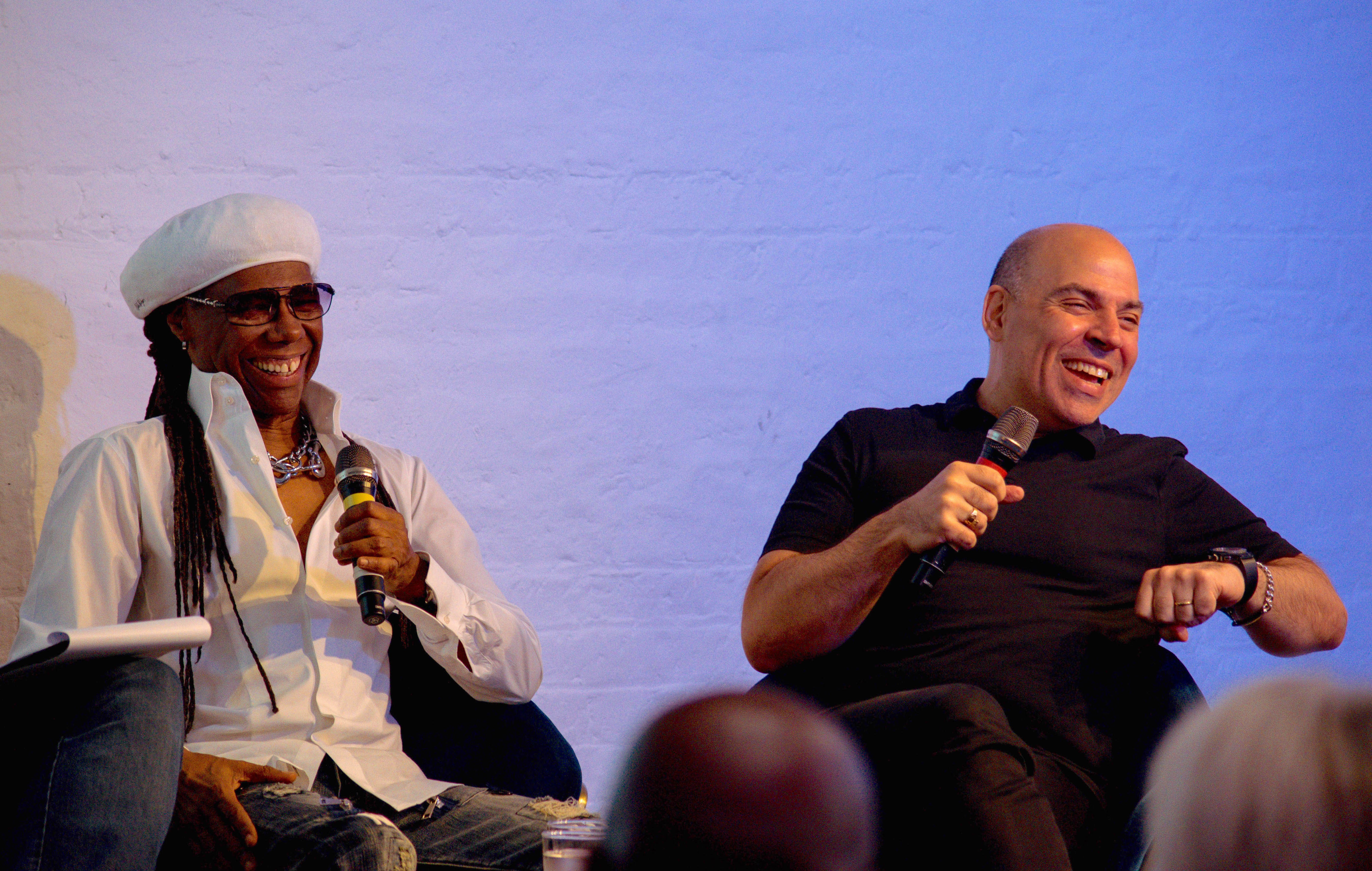 The US producer, musician, composer, arranger and songwriter delivered an intimate hour-long discussion with Canadian-American music manager and entrepreneur Merck Mercuriadis covering a variety of topics, including the future of music publishing and the secrets of songwriting success, before answering questions from the audience.

The day – the second in a series of national forums organised by the network – also featured panel discussions, debates, and the presentation of papers and the launch of a new Songwriting Studies Journal.

Research project leader, Dr Simon Barber from the Birmingham Centre for Media and Cultural Research at Birmingham City University, said: “Getting these kinds of rarefied insights from people who have ascended the upper echelons of the music industries is priceless. We can’t thank Nile and Merck enough for spending time answering our questions and sharing their expertise with the network. It was a hell of a day, and the live event at Meltdown that evening was the cherry on top.”

Following the event at The Ivors Academy, Chic star Rodgers and former Beyonce manager Mercuriadis joined Dr Barber and his colleague Brian O’Connor for a live recording of acclaimed songwriting podcast Sodajerker at the Queen Elizabeth Hall as part of the Meltdown Festival. The episode will be released in the coming months.

The Songwriting Studies Research Network is a two-year AHRC-funded project which unites scholars, industry workers and practitioners in a forum for the exchange of ideas about songwriting. It aims to produce new insights related to songwriting by exploring key issues, questions and themes and to then share this knowledge through publications, projects and other initiatives.

Since 2011, Sodajerker on Songwriting has created 140+ episodes based on in-depth interviews with songwriters, including Sir Paul McCartney, Paul Simon, Alicia Keys and KT Tunstall. The podcast has entered the charts in 60 countries worldwide, has been downloaded over 2 million times, and in 2016 was the basis of a 60-minute special programme on the BBC World Service.

The Birmingham Centre for Media and Cultural Research (BCMCR) was established in 2009 to develop excellent research as a core activity within the Birmingham School of Media at Birmingham City University.